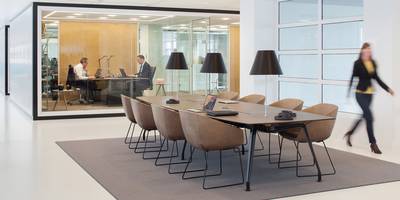 The Ahrend 1200 Edition is a special version of the original and award-winning Ahrend 1200. Ahrend has honoured the original design, while modifying both the material and colour range. In terms of details, the direction of the wood grain was deliberately chosen in order to highlight the unique form of the tabletop. 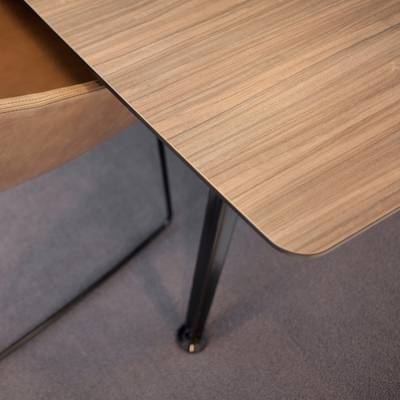 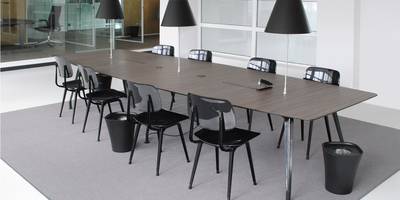 Roberto E. Meyer (1959) and Jeroen W. van Schooten (1960) founded the architects office Meyer en Van Schooten Architecten in 1984. In 1990, Roberto Meyer won the silver medal of the Prix de Rome, and the office started getting bigger and bigger orders from the early 'nineties.

The first big orders from that period - the orthodontic centre in Almere (1992), the technical premises (starting in 1992) and head offices of the energy consultants and testing and certification agency KEMA in Arnhem (1996) and the housing development in the Mercator district of West Amsterdam (1993-1995) – reflect the independent approach the office was taking in the world of architecture. Meyer and van Schooten’s design for the Kwadrant dwellings in the Jason Park district of Rotterdam won the Woningbouwkwaliteitsprijs (Quality Prize for Housing Construction) 1999, while their design for six housing complexes and a dwelling cluster for senior citizens on the GWL terrain in Amsterdam won them the Merkelbach Prize 2000. The office’s order portfolio grew appreciably during the ‘nineties, and became more varied, including social housing, houses for sale, villas, urban development plans, schools, offices and even bridges. In December 1997, the office won the order for designing the new head offices of the ING Group in Amsterdam, and the construction of the building was completed in 2002. This project yielded the office a multiplicity of prizes, including the National Steel Prize 2002, The Netherlands Glass Award 2002, The Netherlands Building Prize 2003, The Netherlands Aluminium Award for Architecture 2003 and the European Award for Steel Structures 2003.

Where to go next?